Charlotte Salomon (1917-1943) grew up in middle-class German-Jewish Berlin. In January 1939 Charlotte fled from Germany and went to stay with her grandparents who were living in the south of France and quitted Nazi Germany earlier, in 1933. Following the outbreak of World War II, in 1940, Charlotte's grandmother committed suicide. Only then Charlotte was told that her mother had ended her life in a similar way, in 1926.

Charlotte, 24 years old, came to terms with her turbulent family past as well as her experiences as a Jew living in Berlin, in a most unusual manner. She felt herself faced with a choice: either to end her life or to undertake 'something really extravagantly crazy'. She went into retirement, as it were, and in a burst of wild creative energy, started to paint. So it was that, outdoors in the sunshine of southern France, she produced a series of almost eight hundred gouaches (watercolours).

Between 1940 and 1942, in eighteen months of concentrated work, she painted her life's story, titling it Life? or Theatre? 'And she saw with eyes awakened from a dream all the beauty that surrounded her, saw the sea, felt the sun and knew that for a period she must disappear from the human scene and that she had to make every possible sacrifice in order to create her new world from out of the unfathomable depths.'

In October 1943, at the age of 26, Charlotte Salomon was killed in Auschwitz.

The exhibition Charlotte Salomon: Life? Or Theatre? tells the life story of Charlotte Salomon through a carefully curated selection of more than 200 gouaches from her extensive work Life? Or Theatre? The visitor will be submerged in the elaborate artwork and guided through the many layers of the story. The exhibition also features additional information about the historical context and multimedia applications wherein visitors can view the full art work including the transparent overlays, music and lyrics, the main characters and in-depth information about the story line.

Charlotte Salomon in close-up: Cinema and its influence on Life? Or Theatre?
Travelling exhibition 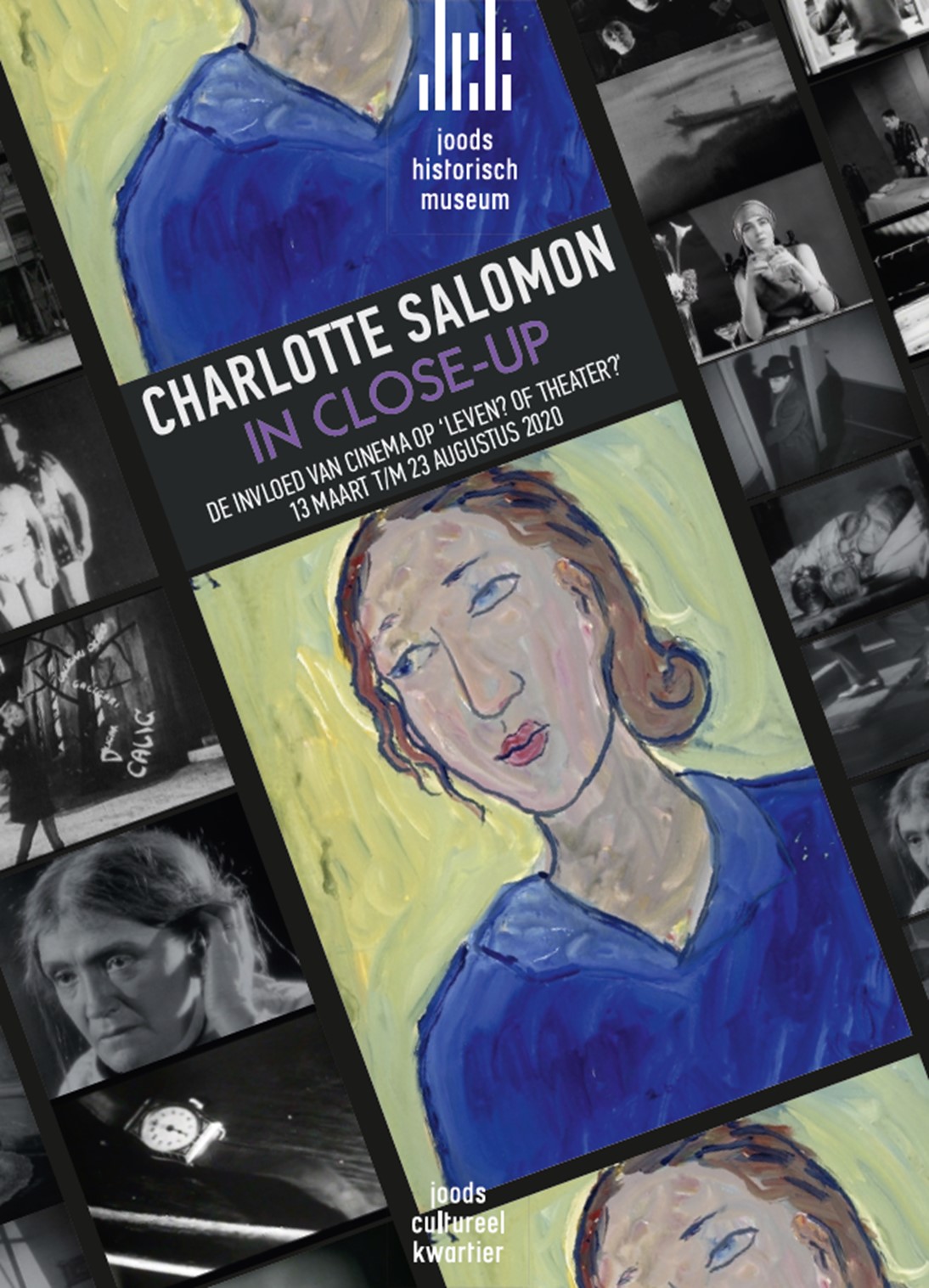 A unique work of art came to light in the coastal resort of Villefranche-sur-Mer in the south of France in 1947: the vast Life? or Theatre? A Play With Music (1940-1942) created by a young artist from Berlin, Charlotte Salomon (Berlin 1917-Auschwitz 1943). The work contains almost eight hundred paintings and over three hundred transparent sheets of text.

Salomon created her magnum opus in response to the tragic circumstances of her life in 1941. She was living in the south of France, a Jewish refugee from the Holocaust and the Second World War raging all around. Having seen her grandmother take her own life, she retreated into herself and began ‘something extraordinarily special’: a recreation of her life in art. Working in solitude night and day, songs, music and voices echo in her recollections, accompanying the transient images of art, theatre and film of her youth in Berlin.

Berlin was a vibrant artistic center in the 1920s and 30s. Many artists explored the new medium of film: directors and screenwriters experimented with the possibilities that motion pictures offered for storytelling. Movies attracted large audiences in Berlin’s cinemas, spellbound by previously unimaginable visual experiences. Among them Charlotte Salomon, who was a keen movie fan. Although we don’t know which films she saw, cinema’s impact is amply evident in Life? or Theatre?

This travelling exhibition features many multimedia components in dialogue with selected gouaches from Salomon’s work. In a combination of fragments from films from the 1920s and 1930s with series of gouaches, this exhibition invites visitors to take a fresh look at this extraordinary work of art.

facebooktwitterinstagramyoutubetripadvisor
This site is also available in English.