The archive comprises nearly 160,000 cards containing personal information about Jews during the Second World War. An important consideration in the decision to award the archive to the JCQ was the fact that it can be displayed as an important part of the nation’s heritage in the National Holocaust Museum. This museum in the heart of Amsterdam is part of the Jewish Cultural Quarter and is currently being rebuilt. It will reopen to visitors in the autumn of 2022.

Preserved and visible
The Netherlands Red Cross has transferred its entire War Archives to the National Archives but has made an exception for the Jewish Council Index Card Archive, which is of great value not only as an archive but also as a museum monument and a tangible reminder of the Holocaust. The advisory committee was made up of three generations of Jewish war victims and heritage experts and was chaired by Dr Regina Grüter.

‘In the committee’s search for the right home for the Jewish Council Card Index Archive, visibility played an important role. In terms of preservation, the archive would be in excellent hands at the National Archives, but it would be invisible. The National Holocaust Museum has the space to exhibit the archive and also provides the appropriate context’, explains Marieke van Schaik, director of the Netherlands Red Cross. 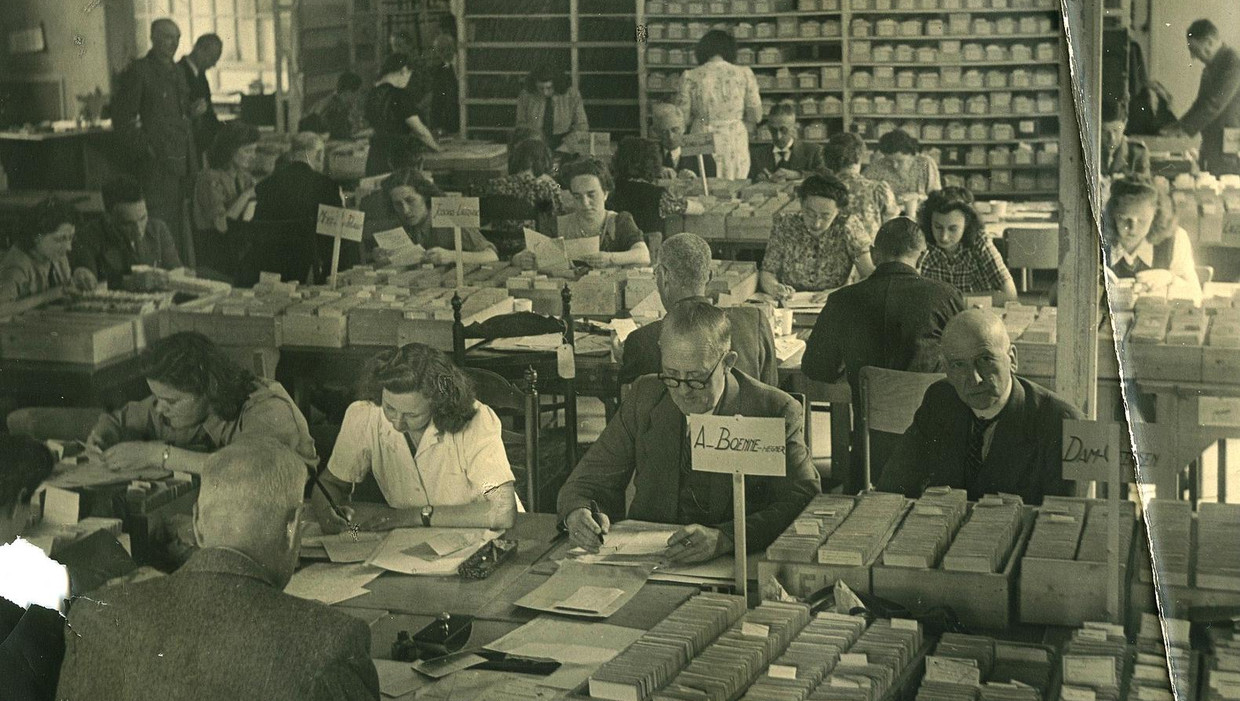 Physical memory
Emile Schrijver, general director of the JCQ, is content that the museum will be able to fulfil this honourable task: ‘It is of the utmost importance that we can show the physical memory of all the Jews who were murdered in the Second World War.’ Annemiek Gringold, project leader of the National Holocaust Museum, adds: ‘When I first saw the index card archive about fifteen years ago in storage at the \ Red Cross offices, I was breathless. It contains a card for each individual within the pre-war Jewish community, and together these cards form a tangible reminder of the Jewish community that was wiped out during the Shoah (Holocaust) and of which only a minority would survive.’

What is the Jewish Council Index Card Archive?
The archive brings together various administrations of the Jewish Council. After 1945, the cards were used to determine what happened to the people named on the cards during the Holocaust. After the Second World War, the Information Office of the Netherlands Red Cross was given the task of collecting information about victims and survivors of persecution and the occupation and informing relatives and those left behind about the fate of their loved ones. The result is an archive – the War Archives – with important data about the occupation and the aftermath of the war. The Jewish Council Index Card Archive is part of that archive.

About the Netherlands Red Cross
The Netherlands Red Cross has existed since 1867 and is part of the largest humanitarian network in the world: the international Red Cross movement. The mission of the Red Cross is to prevent and alleviate human suffering wherever it occurs, to protect lives and health and to ensure human dignity. It has a special focus on those most vulnerable during armed conflict, disaster and other emergencies. Some twelve million Red Cross volunteers worldwide are committed to providing relief following natural disasters and conflicts. The Red Cross also prepares people for crisis situations so that they are able to help themselves and others. The Red Cross has been carrying out these activities for more than 150 years according to seven basic principles: humanity, impartiality, neutrality, independence, voluntary service, unity and universality.

About the National Holocaust Museum
The National Holocaust Museum is located in two historical buildings on Plantage Middenlaan. During the Second World War, the Hollandsche Schouwburg functioned as a deportation site for tens of thousands of Jews, while the Reformed Teacher Training College was used as part of a route to save Jewish children. Both buildings are closed to the public from 2020 to 2022 for rebuilding.

Contact the marketing and communcations department of the Jewish Cultural Quarter for more information.