Perspectives on the Holocaust

There are many ways of telling the story of the Holocaust: photographs show the unthinkable, technology presents the invisible, and survivors talk about things that no one should have to experience. The new exhibition, Perspectives on the Holocaust, is about the various ways of storytelling and about the different ways that people experience the media that hold those stories.

Central to Perspectives on the Holocaust is a short film in which thirteen/fourteen Holocaust survivors give a penetrating account of the time they spent in these buildings. They share their memories and experiences of awaiting deportation, uncertainty and escape attempts. Members of the Resistance describe their brave efforts to rescue others. These testimonies about the Hollandsche Schouwburg are part of an impressive collection of more than 5,000 hours of oral histories of the Holocaust. Survivors talk about exclusion, persecution and murder, but also about being rescued, survival and coming to terms with their wartime experiences.

The audio fragments are taken from interviews that were recorded between 1995 and 1998 as part of the Spielberg Project conducted by the USC Shoah Foundation. On two smaller screens you can watch all two thousand eyewitness accounts from the so-called Spielberg interviews that relate to the Netherlands. The interviews are searchable by keywords or by name. 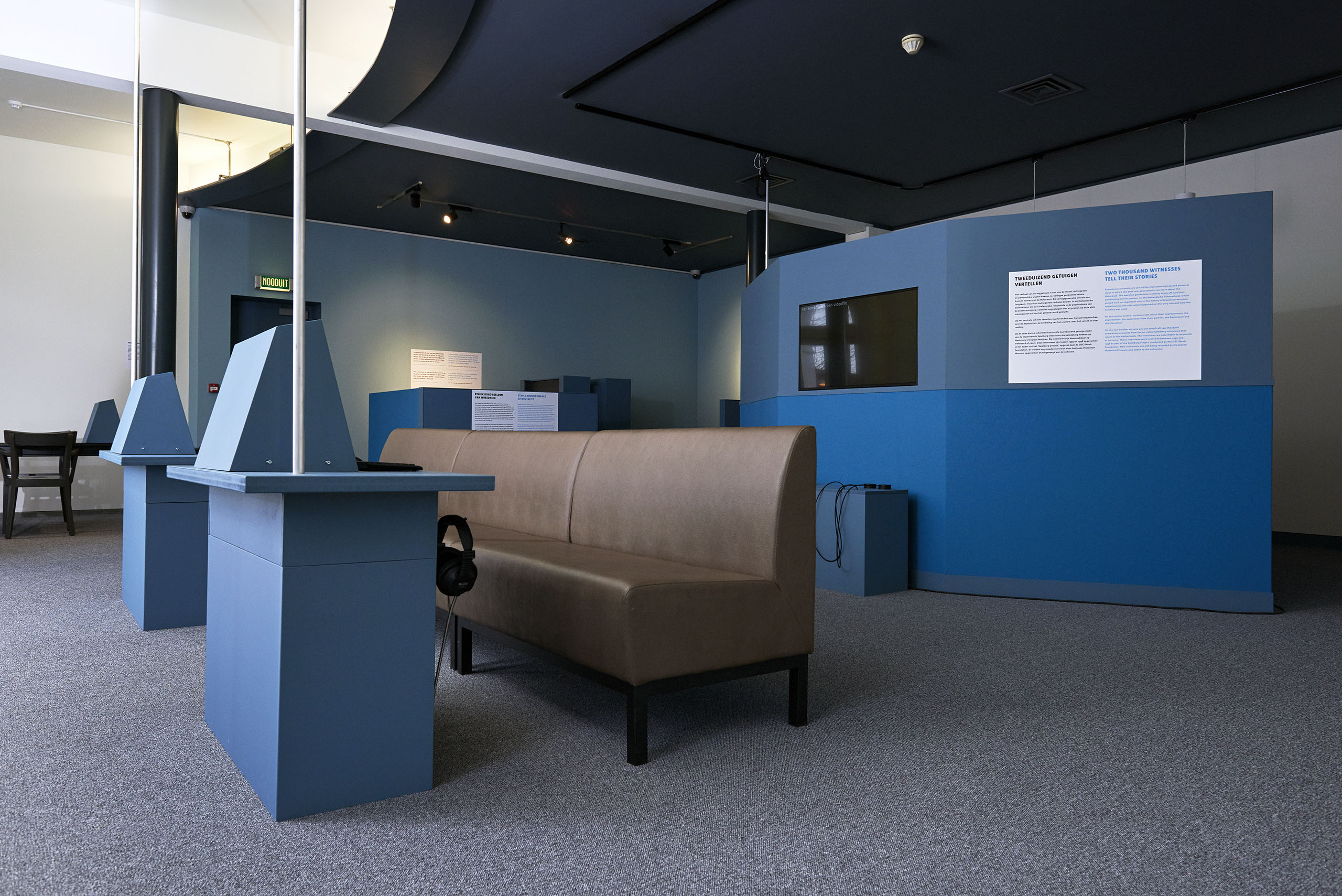 Alongside these spoken memories, the exhibition features a presentation of the place where almost 4000 Jews from the Netherlands were imprisoned: Bergen-Belsen. A virtual panorama provides the visitor with an experience of layout and the extent of the camp, while museum documents and objects tell the personal stories of those imprisoned there.
In addition to Bergen-Belsen, Jews were also deported from the Netherlands to Auschwitz, Sobibor, Theresienstadt and Mauthausen.

ETHICS AROUND IMAGES OF BRUTALITY

Almost all aspects of the Holocaust were documented through photographs and film footage. These include extremely shocking images of the dehumanisation and murder of victims. In its future displays, the National
Holocaust Museum will devote space to the places where Jews from the Netherlands were murdered and the manner in which these crimes were committed. In showing this gruesome aspect of the Holocaust, it is essential to emphasise the experiences of those involved and the testimonies of survivors. This installation explores whether, in addition to these experiences and testimonies, there should also be room for photographs and film footage of the dehumanisation and murder of Jewish victims of the Holocaust.

Various arguments for and against showing images of atrocities are put forward by those involved, scholars, curators and researchers. What moral issues are raised by showing these kinds of materials? Visitors are invited to participate in this discussion. Through this display, the museum aims to investigate the taboos surrounding dehumanisation, brutality and death. The results of this research will determine how the eventual display will be devised. We are curious about your views.

The images displayed behind this wall are extremely shocking and are not
suitable for children (under 16).