The Teachers’ Training College as a Center of Resistance

The Reformed Teachers’ Training College on Plantage Middenlaan is an important place of commemoration. In the summer of 1943, Jewish children from the daycare center next door were taken to the college and then moved to places of hiding. Some 600 children were saved in this way. The building is currently being converted into the new National Holocaust Museum.

The house that stands at Plantage Middenlaan 27 was originally built in 1888 as a kindergarten. In 1907 the Reformed Teachers’ Training College moved into the premises. 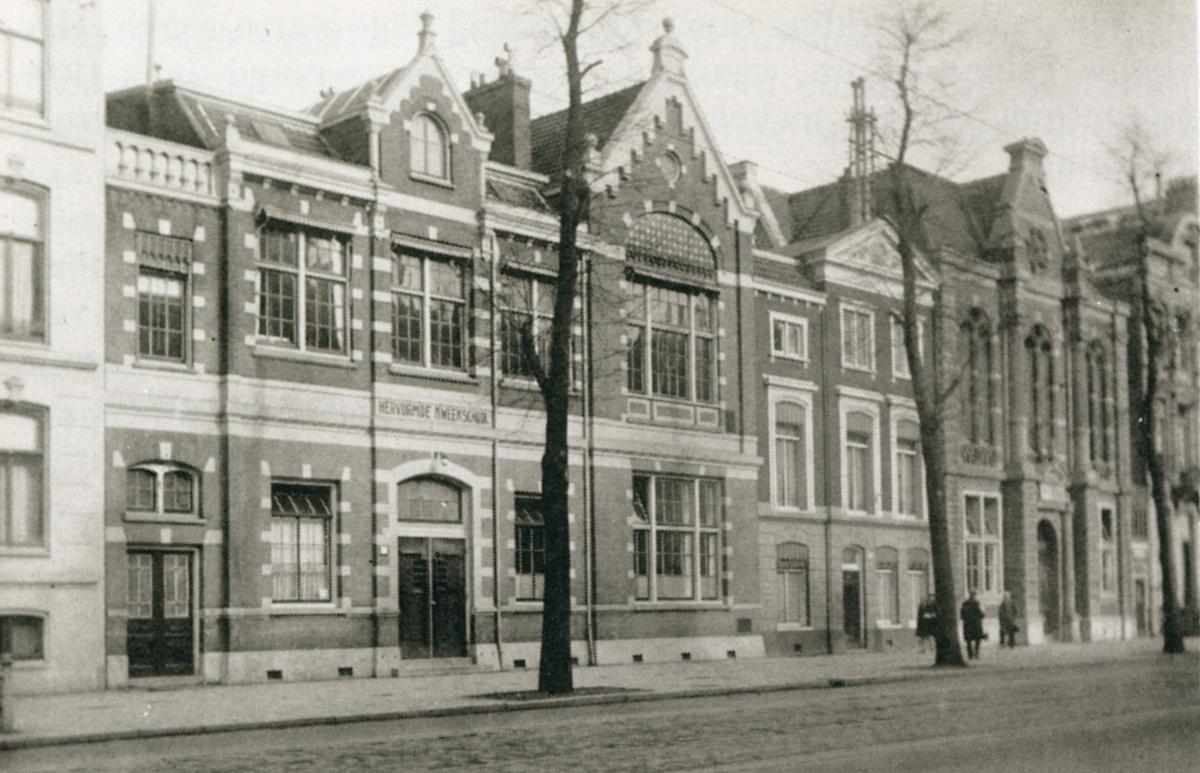 The Teachers’ Training College (left) and the daycare center (to the right of the building with white window frames) in 1925. 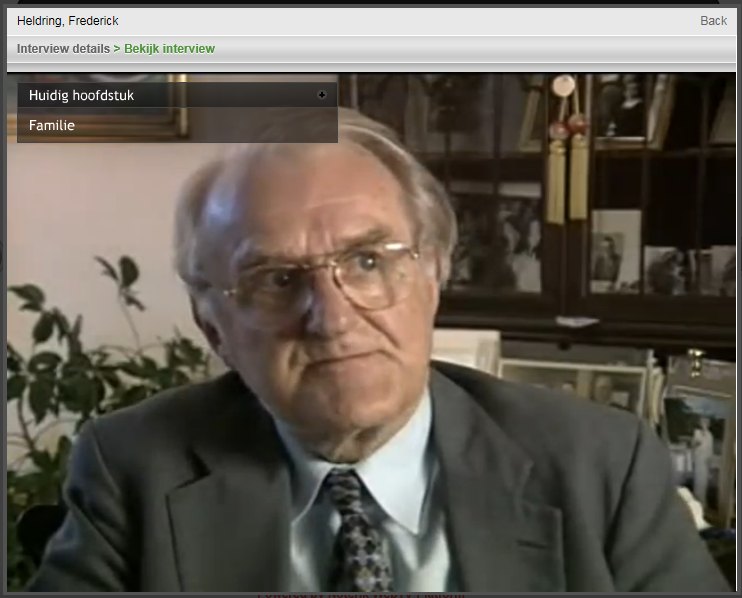 Frederik Heldring was one of the students who registered at the Teachers’ Training College. He was already in the resistance at that time. Heldring tells his story in an interview (in Dutch) in the collection Tweeduizend Getuigen Vertellen (“Two Thousand Witnesses Tell their Stories”).

In 1938 Johan van Hulst took up a position at the Reformed Teachers’ Training College as a teacher of Dutch and history. In 1940 he was promoted to deputy principal, just before the invasion by Nazi Germany. The principal was A.P. Snoep. Van Hulst was a highly devout man and a fierce opponent of the National Socialists. The anti-Jewish measures introduced by the occupying forces did not directly affect the school since, as a Christian school, it did not have any Jewish teachers or students. However, Van Hulst and the other teachers did sign the Aryan Declaration.

The school found itself in financial difficulties when Jan van Dam, Secretary-General of the Ministry of Education, Arts, and Sciences, abolished the government grant paid to a number of teachers’ training colleges, including this one. The school’s closure looked unavoidable. This was in August 1942.

Van Hulst decided to keep the school going without the government grant. He persuaded his teaching staff to stay on board for this adventure and sought help from the parents. Were they willing to fund the school? A meeting was held at which the parents agreed to the request. In an interview held in 2014, Van Hulst said that money flooded in after the meeting. Van Hulst was now officially appointed principal. In 1943 the church council of the Reformed Congregation agreed to underwrite the staff’s salaries.

In 1943 Van Hulst carried out his first real act of resistance. In March of that year, all university students were told to sign a declaration of loyalty to Germany if they wanted to continue their studies. Men who refused to sign were sent to Germany to perform forced labor. Students at the Teachers’ Training College did not have to sign. Because of this, Van Hulst allowed university students to register at his school. He antedated their registration forms and they did not attend classes. This protected men who refused to sign from being sent to Germany.

In August 1942, the Hollandsche Schouwburg became an assembly point for Jews. From October onwards, children were placed at the daycare center without their parents. The center was next-door to the Teachers’ Training College. Henriëtte Pimentel, who had been the director of the daycare center since 1926, started soon after that to find ways of saving children. Together with Walter Süskind, the manager of the Schouwburg, and Sieny Kattenburg of the daycare center’s secretariat, she started manipulating the records. She also built up contacts with resistance groups that had lists of hiding places. These groups were the NV Group (Naamloze Vennootschap or “Anonymous Group” [Ik vind hier veel vertalingen voor, waaronder “Public Limited Company” op de website van het JHM. Dit lijkt mij echt fout. De term “Anonymous Group” wordt door Yad Vashem gebruikt, en lijkt mij de beste vertaling]) led by Joop Woortman, the Utrecht Children’s Committee and the Amsterdam Students’ Group, in both of which Piet Meerburg was an active member, and the group at the then underground newspaper Trouw.

The young women who belonged to these groups took the children on a journey by tram. The tram stopped right outside the Schouwburg, briefly blocking the guards’ view of the daycare center. At that precise moment, caregivers would quickly board the tram or walk to the end of the road. They were helped by the fact that one of the guards – Alfons Zündler – intentionally looked the other way.

Not everyone believed that Zündler (1918-1996) had compassionate motives for turning a blind eye to children being rescued from the daycare center and the college. Yad Vashem’s announcement in 1993 that Zündler was to be awarded a distinction unleashed a storm of protest. A special committee was set up to reverse the decision and Johannes Houwink ten Cate of the National Institute for War Documentation (RIOD) was appointed to research the case. Had Zündler really helped Jews without receiving anything in exchange? Or had he demanded sex and liquor in return for his assistance?

The facts show that Zündler had been dismissed from his position as a guard at the Schouwburg in May 1943 for committing what the Nazis called Rassenschande (“racial defilement”). He had sexually assaulted a number of female prisoners at the Schouwburg. He himself claimed after the war that he had been fired for helping Jews.

Houwink ten Cate could find only one documented case in which Zündler had helped someone, in exchange for a bottle of gin. After receiving this report, Yad Vashem reversed its decision to grant an award to Zündler, who was still alive at the time, and sent him a letter of thanks instead.

Starting in April 1943, Pimentel built up good relations with the Teachers’ Training College. She began by asking Hulst if children from her daycare center could play in the college’s garden. There was not much of a fence between the two gardens. Van Hulst gave his consent, and in May he agreed to let children take their afternoon nap in one of his classrooms. These agreements made it easy for children to be transferred to the college without being spotted.

Van Hulst and Pimentel then started discussing possible escape routes. They found one. It meant bringing the janitor C.A van Wijngaarden into the plot, to keep watch on the school’s front door. Then the escapes could begin. The janitor let in the people coming to fetch the children and watched to check that the coast was clear before signaling to the caregivers that it was safe to go out the front door with the children.

Van Hulst kept the presence of the Jewish children and the escapes a secret, as much as possible, from the other pupils and his staff. He scarcely broached the subject even to his wife. Before smuggling a child out to safety, the daycare center always asked the child’s parents, who were in captivity at the Hollandsche Schouwburg, for their consent.

During the event Open Jewish Houses in 2014, Harry Cohen (b. 1920) and Sieny Cohen (b. 1924) spoke about their wartime experiences at the former Reformed Teachers’ Training College. Sieny worked at the daycare center and Harry had a job with the Jewish Council, which enabled them to rescue many children. 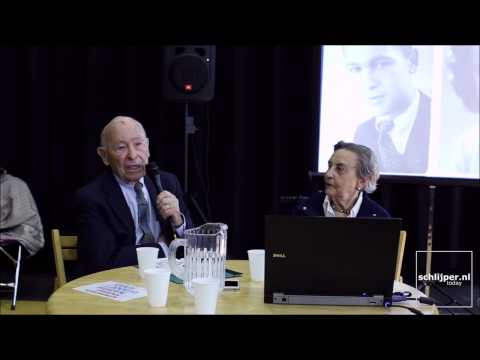 The Last Acts of Resistance

This network was short-lived. On 29 September 1943 the last Jews were deported from Amsterdam to Westerbork and the daycare center was closed down. By then, the center’s director, Pimentel, had already been murdered, having been deported on 26 July. In November the Hollandsche Schouwburg was closed. This ended the escapes and brought most of Van Hulst’s resistance operation to an end. He kept to his principled stance, however: in August 1944 he refused to release the names of his students when the Germans demanded to see them, thus saving them from being sent to do forced labor in Germany.

On March 8, 1972, Yad Vashem recognized Van Hulst as Righteous Among the Nations

In 2015 an interview was published with the 104-year-old Johan van Hulst (in Dutch) in the Amsterdam paper Het Parool, in which he recalled the wartime years. 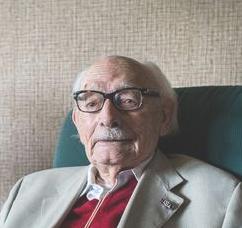 The school examinations held in 1943 produced an unexpected piece of good fortune. The Ministry of Education sent state inspectors to the college to monitor the exams. One of these inspectors was Gezina van der Molen. During one of the exams she heard a baby crying and went to investigate. Van Hulst’s reply made it clear to her that he was sheltering Jewish children. Van der Molen was already in the resistance and now started rescuing children from the college. Those involved in this operation included Hester van Lennep and Sándor Bàracs. Together they formed a small but successful escape network.

The Teachers’ Training College stayed on in this building after the war, undergoing a minor change of name in the 1960s. In 1984 it merged with a number of other Protestant vocational colleges and moved to different premises. The school for Individual Secondary Artistic Education (IVKO) moved into the building in 1988 and stayed there until 2011.