Ets Haim is the oldest functioning Jewish library in the world. It was established in 1616 as part of the Talmud Torah school, and has occupied its current premises in the marvelous complex of the Portuguese Jewish Synagogue in Amsterdam since 1675 [link naar LR008]. The library, which consists of some 560 manuscripts and 30,000 printed works, possesses a large, rich collection relating to Jewish life in the 17th, 18th, and 19th centuries, and as such it has been a core part of Amsterdam’s cultural heritage for almost 400 years. 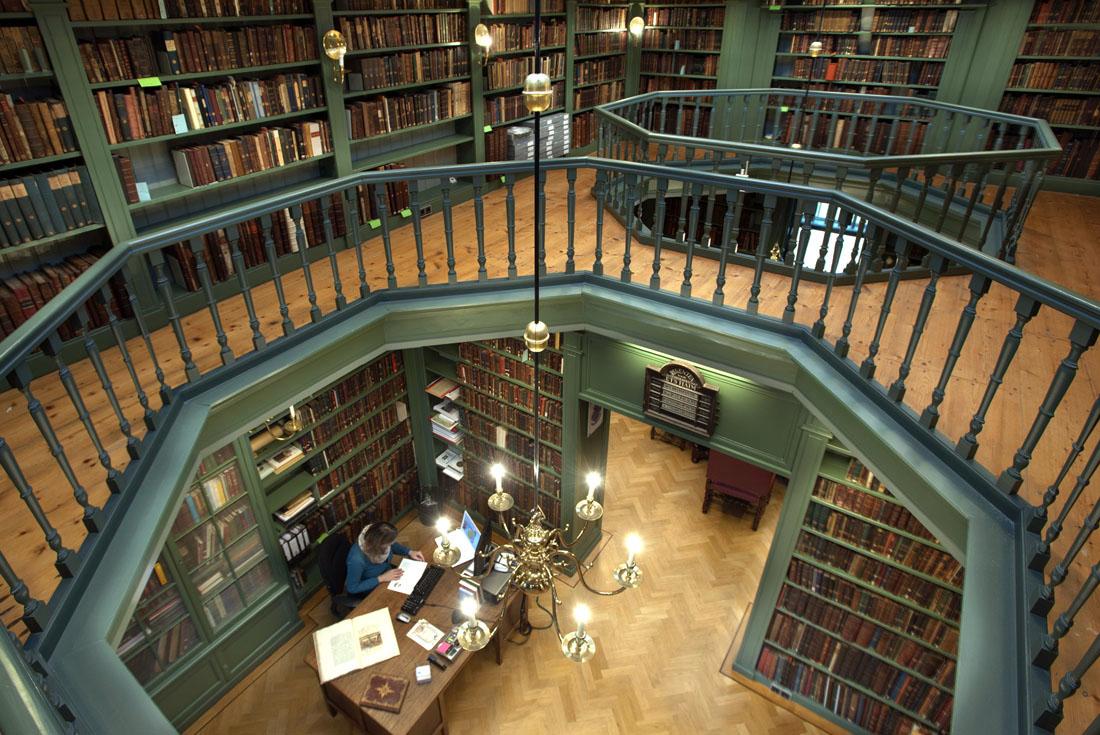 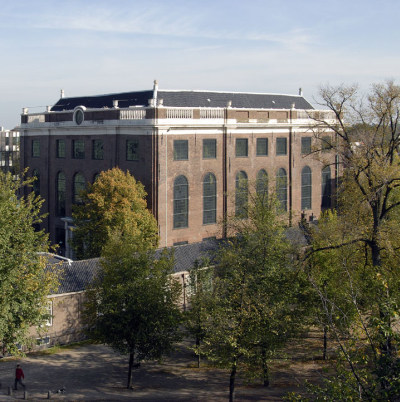 The Ets Haim (“Tree of Life”) Library started out as part of the school founded by the first Portuguese Jewish congregation in Amsterdam. There was a great demand for education in the city’s new Jewish community. The library’s collections reflect the congregation’s interests in a wide range of subjects in addition to specific religious education.

Lessons learned from the Golden Age

The conversos (Jews who had converted to Christianity) who migrated to Amsterdam from the Iberian peninsula around 1600 were aware of their Jewish descent. In their new city, they had the opportunity to learn about long-forgotten Jewish customs and traditions and to rediscover their Jewish identity.

They formed a close-knit community and had their own schools, cemetery, poor relief, and kosher food suppliers, with a strong Sephardic identity. Even so, they became fully integrated into the culture and society of Amsterdam and more widely into that of the Netherlands.

The written records of Sephardic philosophy, history, ideals, and education are concentrated in Ets Haim Library. The manuscript collection includes a great deal of unpublished material, much of it written or copied by Ets Haim’s teachers, students, and alumni, such as Bible commentaries, essays, sermons, poetry, and historical literature, as well as liturgical works and music. The printed books show that Amsterdam was the center of the free press, which benefited the entire Jewish world.

It is also interesting to see how this community dealt with the freedom of the press and freedom of expression: many writings were not disseminated among the public at large in printed form. One important genre was that of literature “to strengthen the Jewish faith.” To guard against this genre being viewed by the non-Jewish community as polemical writings against Christianity, these texts were circulated internally in manuscript form: handwritten documents that were not published in print, on the basis that those who respect others must themselves be treated with respect.

The War Years and Postwar Concerns

The Second World War brutally disrupted the process of handing down knowledge and traditions. The collection’s manuscripts and books were transported to Germany, from where most of them were returned, albeit somewhat damaged, in 1946. In the first few decades after the war, Ets Haim lacked the financial resources needed for the proper preservation of the building and its collection. In the 1970s, the library’s very survival was jeopardized by the deteriorating storage conditions in the historic building and a shortage of funds and personnel. In 1978 the governors of Ets Haim made a decision: for safety’s sake they transferred the core collection (all 560 manuscripts and over 2,800 rare and precious early printed works) on long-term loan to the Jewish National and University Library in Jerusalem

The Conservation and Reunification of the Collection

In consultation with services including the Government Department for the Conservation of Historic Buildings and Sites, a detailed policy plan was drawn up in 1996–1997 for the renovation of Ets Haim on the basis of sound principles, restoring the library to its former glory while making it as accessible as possible to an international public of students, teachers, and researchers. The set criteria for the responsible management and use of the collections imposed some radical improvements, designed to achieve good storage conditions, followed by the sound conservation and restoration of the collections and their accessibility to the public.

In July 1998 Ets Haim’s collections finally acquired a secure place on the list attached by the Ministry of Education, Culture and Science to the Conservation of Cultural Heritage Act. Between 1998 and 2000, Ets Haim was completely upgraded to meet present-day requirements, with financial support from the government and a number of funds. The building was insulated, the roof repaired, the cellar refloored, and the bookcases restored in their original design. In addition, equipment was installed to ensure adequate security and climate control. In 2000, the part of the library’s collection that had been placed for safe keeping in the National Library of Israel was returned.

Ets Haim now places its important Jewish heritage at the disposal of the Jewish community in the Netherlands and the public at large. The tradition in which Ets Haim is rooted is illuminated with the aid of exhibitions, guided tours, lectures, and other activities. In collaboration with the academic world, Ets Haim will also contribute to academic teaching and research, and help support the professional development of scholars in the field of manuscripts and early printed books.

In 2003, UNESCO placed the collection of Ets Haim Library–Livraria Montezinos on the Memory of the World Register.

Composition of the Collection

The library has occupied premises within the monumental complex of the Portuguese Synagogue in Amsterdam uninterruptedly since the complex was built in 1675. In 1889 the then librarian David Montezinos opened up his personal collection of manuscripts, books and prints to the public, under certain conditions, for at least two days a week. Since then it has been known as the Ets Haim Library–Livraria Montezinos.

The collection contains some 560 manuscripts (from 1282 to the 20th century) and approximately 30,000 printed works (from 1474 to the present day) in 20,000 volumes, about 65 per cent of which are printed in Hebrew. The printed books include six Hebrew incunabula (early printed books), about 450 unique Hebrew texts, about 400 unique and rare Spanish and Portuguese printed works, and 750 texts printed for specific occasions. Ets Haim also possesses some 450 prints and scores for children’s and men’s choirs.

The collection reflects the 17th-century humanist ideal: the documentation of all areas of human knowledge, wisdom, and endeavor. All Jewish standard works are available in multiple editions: Bible editions, exegetic, hermeneutic, homiletic, legal and didactic works, as well as a number of Christian editions. The library possesses works in many other languages besides Hebrew and Aramaic, including Latin and Greek, Dutch, Spanish, Portuguese, French, German, English, Yiddish, and Ladino. Its large liturgical collection includes virtually all Jewish prayer books printed in the Netherlands. The diversity in rituals and customs, as recorded in international publications, is extremely well documented in the collections. 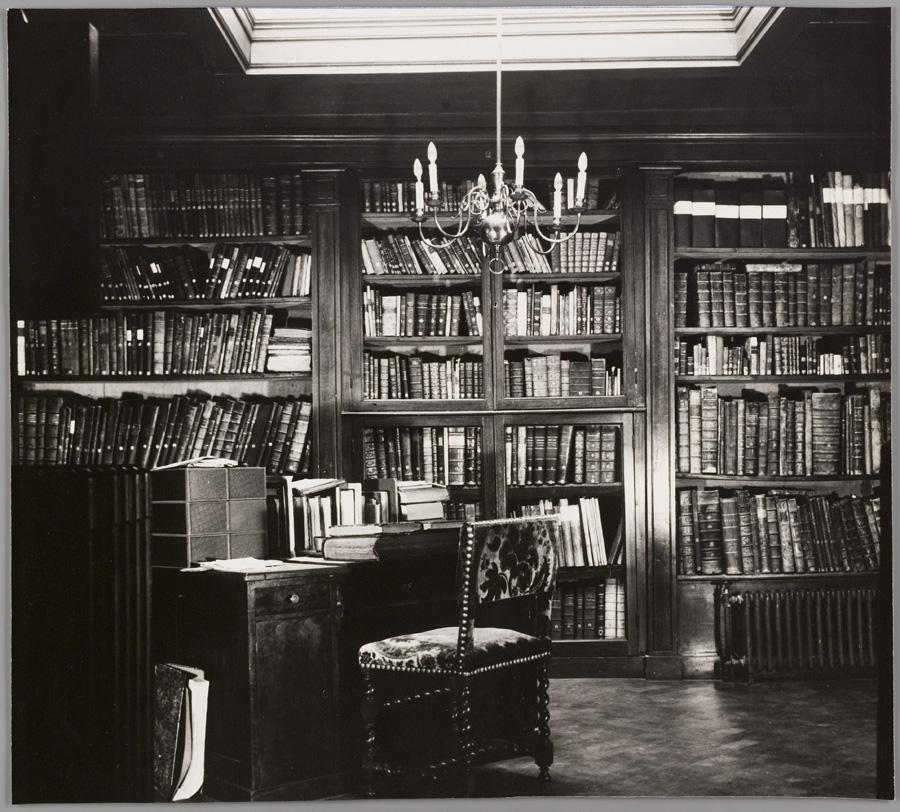 In 2013 the website www.etshaimmanuscripts.nl was launched. A video was made for the occasion, showing the photographer Ardon Bar-Hama at work. Heide Warncke (now curator of Ets Haim) and Emile Schrijver (now director of the Jewish Cultural Quarter) show viewers the importance of the manuscripts and their digitization. 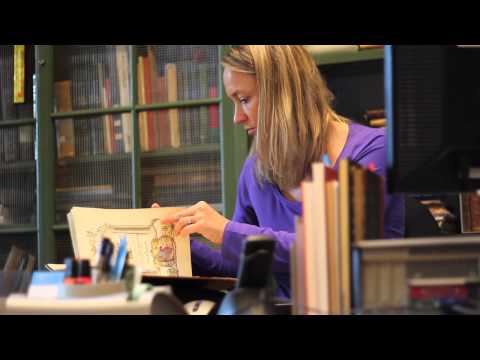 Ambitions for the 21st century

The year 2012 saw the launch of an ambitious project: creating a catalogue of the library’s printed books and digitizing its manuscripts. The cataloguing of the complete collection of printed works, some 30,000 titles, will take several years to complete. The books are entered into the national shared cataloguing system (GGC) under their Hebrew titles. International readers can find the titles using WorldCat, the world’s most comprehensive database of information about library collections.

The manuscript collection of Ets Haim–Livraria Montezinos has been digitized over the past few years and it is now available online. Explore 600 years of Jewish history by browsing through unique digitized manuscripts in Hebrew, Spanish, Portuguese, and Dutch on the specially developed website etshaimmanuscripts.nl

Catalogueing and digitisation have been made possible by financial support of Gieskes-Strijbis Fonds, SNS Reaal Fonds, BankGiro Loterij and Rothschild Foundation Europe.