In 2015 the Jewish Historical Museum received a gift of three works by Moshe Kupferman (1926-2003), one of the most important early Israeli artists. These works are now being displayed in the Art Gallery in combination with works by the contemporary Israeli artist Gaston Zvi Ickowicz (1974). The two artists represent two different generations who attempt in their work to bring to the surface the loaded identity of the land. Kupferman’s work is a representation of an internal reality. By contrast, Ickowicz shows us a literal reality of the world outside, in which the message remains hidden but is nonetheless open to interpretation.

Moshe Kupferman (1926-2003) was born in Jarosław in Poland. After the Second World War he found his way, via the Ural mountains and Kazakhstan back to Poland and then to a displaced persons camp in Germany. From there he moved, in 1948, to the fledgling state of Israel. He was one of the founders of the Lohamei Ha-Getaot kibbutz, where he lived and worked until his death in 2003.

From the 1970s Kupferman achieved international recognition for his abstract oeuvre. Although some people see grates, barricades, blockades or landscapes in his drawings and paintings, the artist never talked about his work in these terms. Nonetheless, Kupferman considered his work to be an echo of the place in which he made it and of his life. The intensity with which he built up his works, layer by layer, to create a thick and deep network of parallel lines reveals an internal world that cannot be expressed in words.

Ad Petersen, who gifted the works to the museum, worked as a curator at the Stedelijk Museum in Amsterdam from 1960 to 1990. He was introduced to Kupferman’s work by Yona Fischer, who served an internship at the Stedelijk Museum and was later a curator at the Israel Museum in Jerusalem. Petersen was impressed by Kupferman, a modest, introverted man who was an important artist in Israel. He saw Kupferman’s work as a form of crossing out or concealing but also as an echo of what he had experienced during his life in Poland, before his departure for Israel. For Israeli artists at the time, each with their own background, this new country represented a fresh start, a clean slate from which they could explore their own way of dealing with the past. 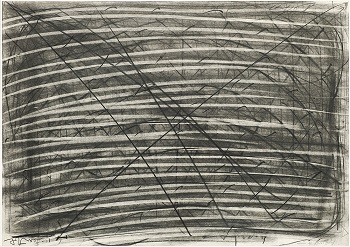 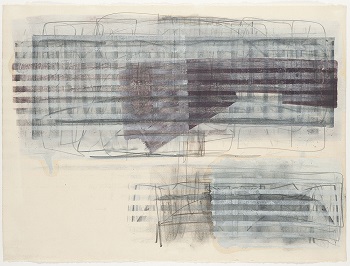 Gaston Zvi Ickowicz (1974) was born in Buenos Aires and moved with his family to Israel at the age of six. His works deals with the social–political complexity of the Israeli sphere through the country's culture, archaeology and history.

Ickowicz is primarily interested in the landscape as a ‘portrait of a place’ viewed from outside but whose meaning consists of the sum of all earlier events at this site.

Everyday Ceremonies was filmed at an undefined site between the East Jerusalem neighbourhoods of Wadi Joz and Sheikh Jarrah. The local population crosses this ‘no man’s land’ on which the static camera is focussed. The destination of the people caught on camera is the Ministry of the Interior. The repetition of the people walking across the screen represents their complicated, endless relationship to the land and its religion, geography and authorities. 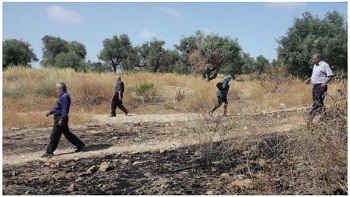 The photograph of a wave breaking against a concrete wall in Untitled (Wave) and the video of a blast in a quarry in Explosion capture natural forces that reach a climax caused by mankind. 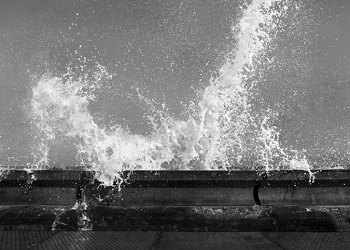 For the Planting series, Ickowicz photographed fragile tree seedlings being placed in the ground during mass planting events organised by the Jewish National Fund. The innocent promise contained in the tiny trees symbolises Jewish people’s fervent claim on the land. In Kupferman’s time, there was international admiration for this powerful new beginning but today the current generation of Israeli artists adopts a more critical stance. 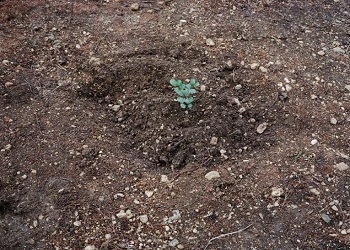 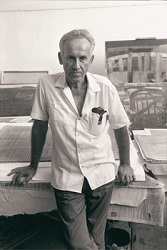 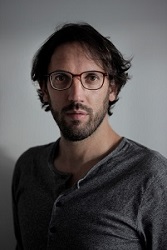