The Jewish Historical Museum marks the 100th anniversary of the birth of the artist Charlotte Salomon (1917-1943) with a special exhibition dedicated to her artistic legacy: the artwork Life? Or Theatre?

Charlotte Salomon was 22 years of age when she fled from Berlin and arrived at her grandparents’ home in the South of France as a refugee in December 1938. When her grandmother committed suicide following the outbreak of the Second World War, Charlotte embarked on a ‘totally wild project’ to ward off mental disintegration. She produced many hundreds of gouaches in which she re-created her life as a painted drama. Charlotte Salomon was murdered in Auschwitz in 1943.

After the Second World War her father and his wife discovered Life? Or Theatre? in the South of France. They donated it to the Jewish Historical Museum in 1971. In the decades since then, parts of the work have travelled to diverse museums around the world. Salomon’s life’s work unfailingly arouses strong reactions, and it has inspired artists, filmmakers, writers and choreographers to make creations of their own. The Jewish Historical Museum is now displaying the entire work – over 800 gouaches – for the first time.

The complete work is now available online, including the accompanying transparent text sheets, the music and translation of all texts. In this online version the unnumbered, often rejected, gouaches have been added too. Explore the digital Life? or Theatre? 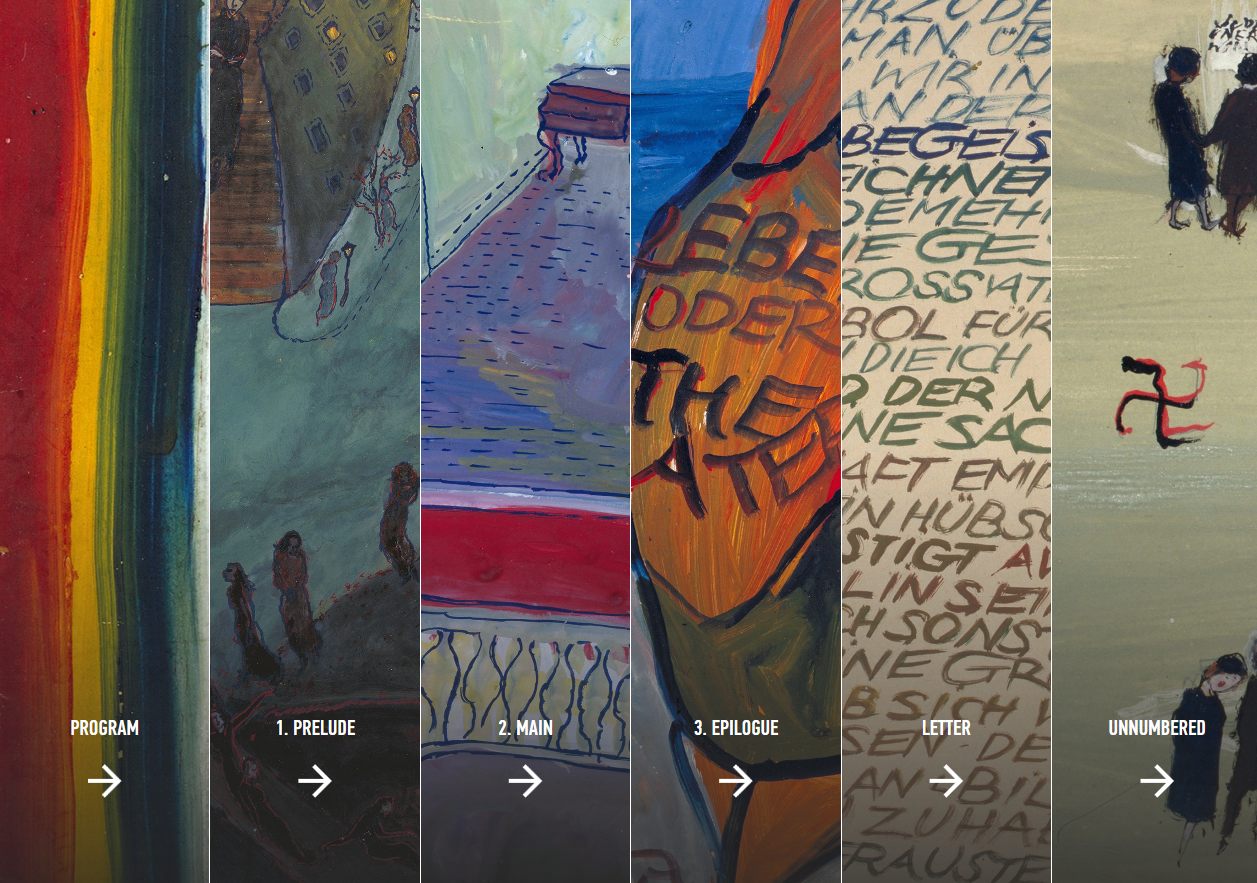 This exhibition is on view at the Jewish Historical Museum

Would you like to visit the Jewish Cultural Quarter? Buy your tickets online.
Your ticket will give access to the Jewish Historical Museum, the Portuguese Synagogue, the Hollandsche Schouwburg, the JHM Children's Museum, and the National Holocaust Museum. You can visit all four locations with one ticket, which is valid for one month!